The 12 Tallest, Oldest, Largest, and Rarest Trees in the World 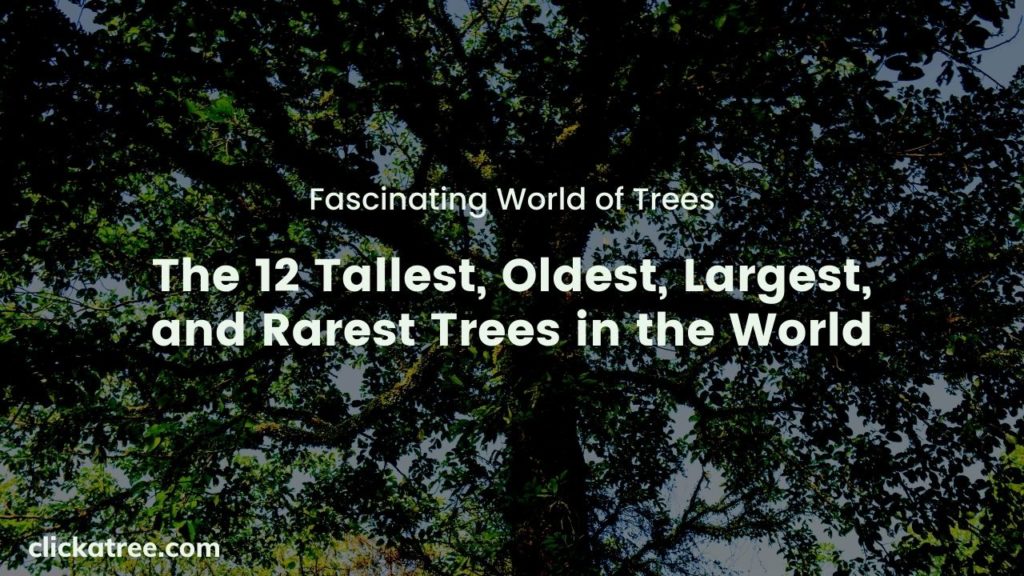 Trees as old as Stonehenge are still alive today. For some trees, a few thousand years is, in fact, hardly any age. And if you think that’s incredible, wait till you hear about the largest banyan tree in the world, whose canopy casts shade over an area larger than six football fields. 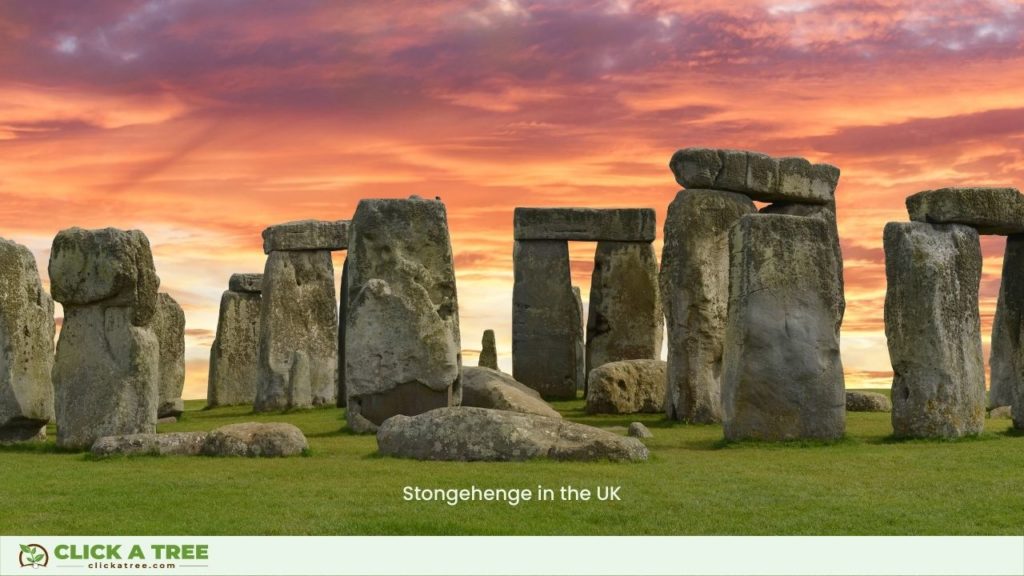 Read on to discover fabulous facts about the fascinating world of trees. We will introduce you to trees of legendary status: The tallest, oldest, largest, and rarest trees in the world.

The tallest tree in the world

Hyperion: The High One 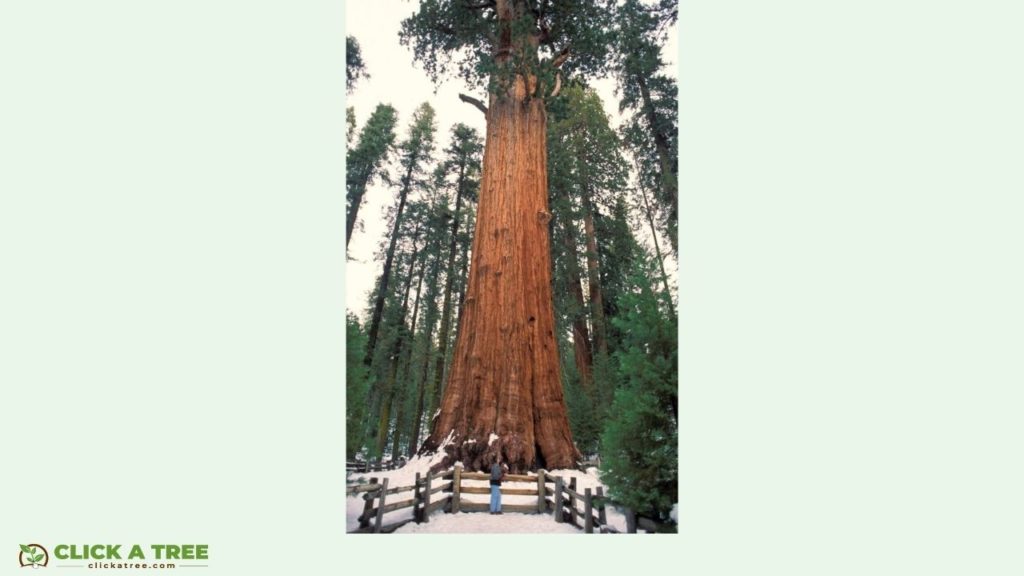 Towering at 116.07 m, Hyperion is officially the tallest tree on Earth1. Named after the Greek titan Hyperion, this giant coast redwood is, in fact, still growing: When the tree was first discovered in 2006, it ‘only’ measured 115.55 m.

Coast redwood trees are the tallest species of all on Earth. Hyperion’s home, the Redwood National Park in California, also contains the second-tallest tree in the world: Helios (the son of titan Hyperion) measures 114.95 m tall2. 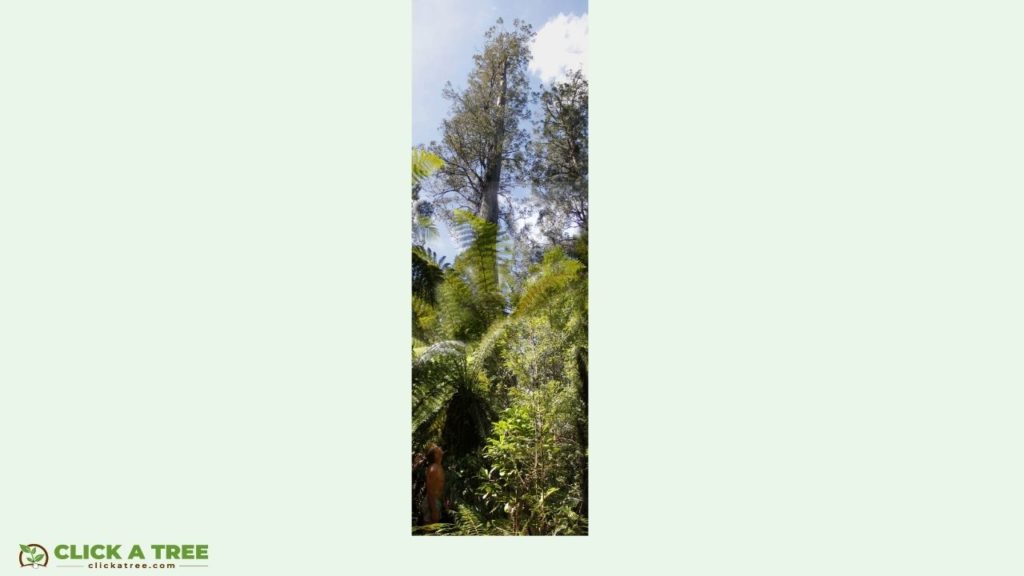 Centurion originally got its name because it was the 100th magnificent tree measured by forestry officials during a survey along Tasmania’s south coast. It is also a centurion in height. The 400-year-old eucalyptus tree measures 100.5 m and is the tallest tree in the Southern Hemisphere3.

Centurion’s survival for all these years of droughts and fires seems like a miracle. In 2019, devastating bushfires claimed the lives of two other eucalyptus giants growing in the same forest. 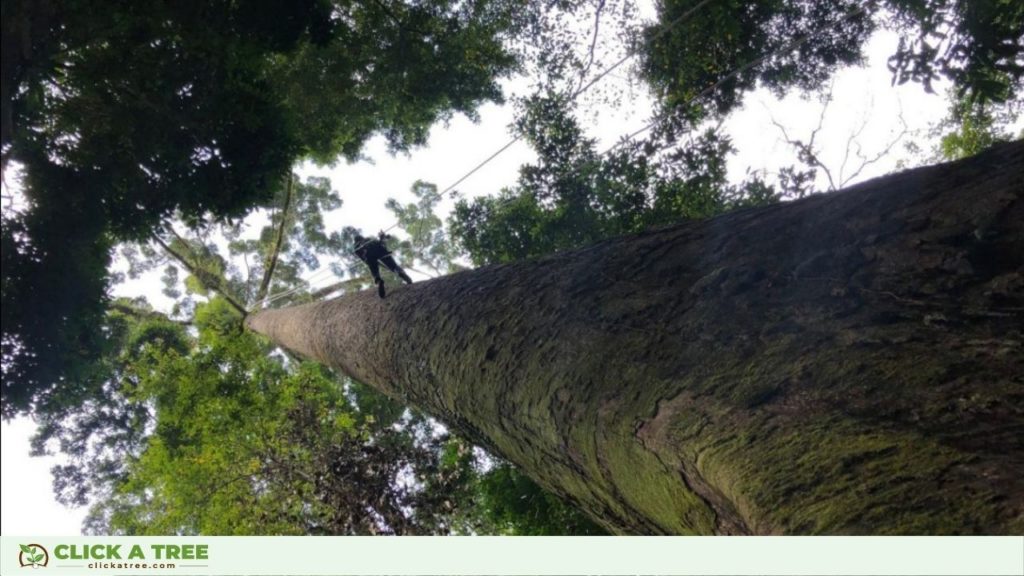 2019 saw the discovery of another forest giant: Menara, the “Tower” in Malaysia, which measures 100.8 m tall. Its species, the yellow meranti, is the largest and most endangered tree in Asia. Due to deforestation, it now only occurs in small parts of Borneo, the Malay Peninsular, and Thailand.

Also known as the largest flowering plants in the world, yellow meranti trees provide food and shelter for over 1000 species4. Several of these, such as the orang-utan, forest elephant, and cloud leopard, are themselves highly endangered.

The oldest tree in the world 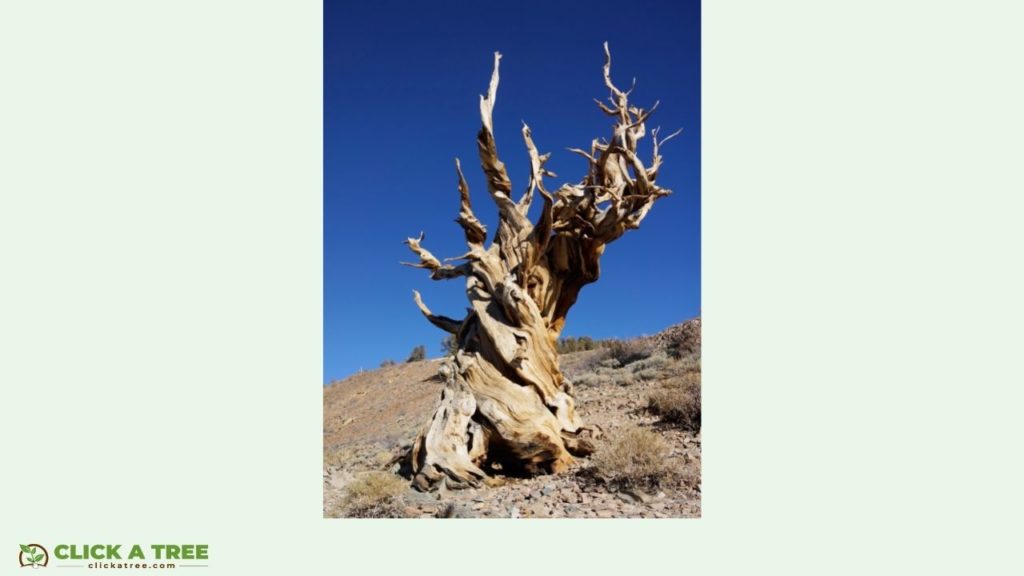 A survivor from the time of the druids, the aptly named Methuselah is officially the oldest tree in the world. Methuselah is one of a small stand of ancient Great Basin bristlecone pines located in the White Mountains of California.

The secret of its immense old age? Taking things slowly. Due to the harsh mountain conditions, these bristlecone pines are among the slowest-growing trees. For this reason, their wood is incredibly dense, which makes it resistant to insects, fungi, rot, and erosion. 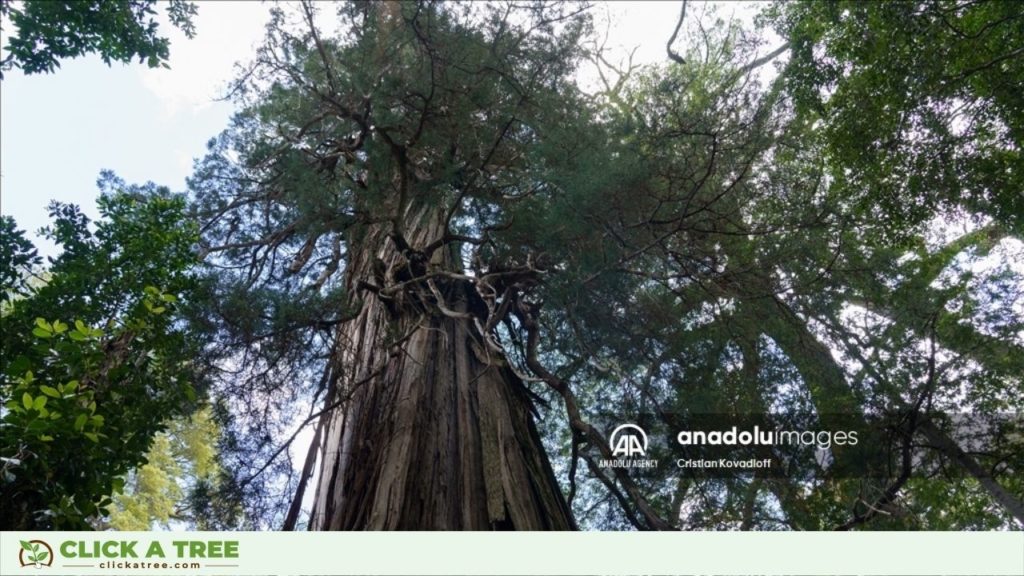 Despite its truly impressive age, Methuselah may not be the oldest tree in the world after all. An alerce tree in Chile affectionately called Gran Abuelo (great-grandfather) could be as old as 5484 years5.

Environmental scientist Jonathan Barichivich arrived at this estimate by using computer modeling based on a small sample from the ancient alerce’s trunk. Asked why he did not remove a larger sample to ascertain Gran Abuelo’s age, Barichivich said, “The objective is to protect the tree, not to make headlines or break records.” 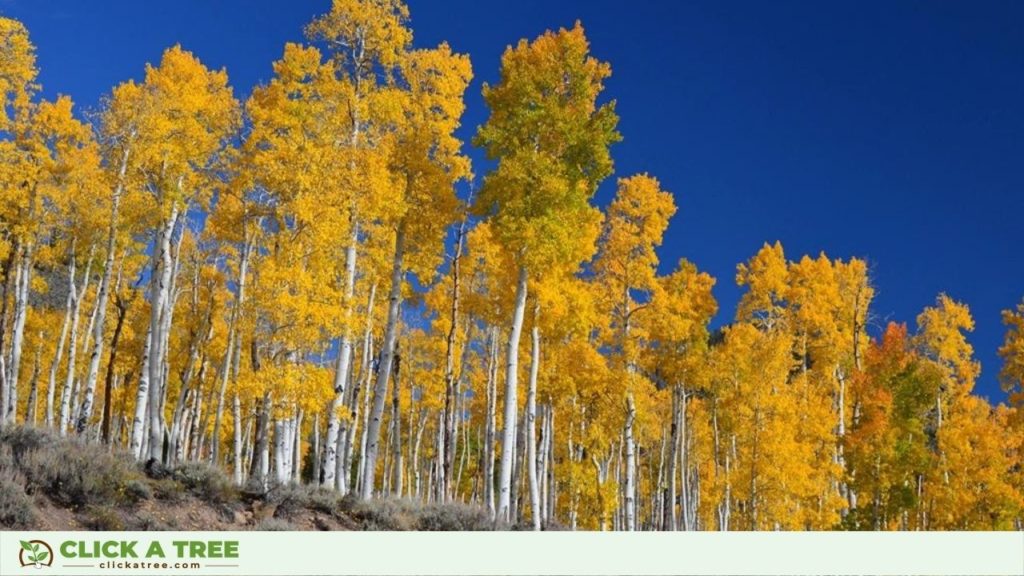 The accolade for being the world’s oldest organism goes to Pando, a colony of quaking aspens in the Fishlake National Forest of Utah. Also known as the Trembling Giant, the Pando colony is estimated to be at least 25,000 years old.

At least the original “Pando” aspen was. Nowadays, the organism has grown to contain 48,000 trees that are all genetically identical and share a single root system. The colony covers 43 hectares, which also makes Pando one of the largest organisms in the world6.

Want to save more trees? Check out this article: Simple Hacks How to Save Trees

The largest tree in the world 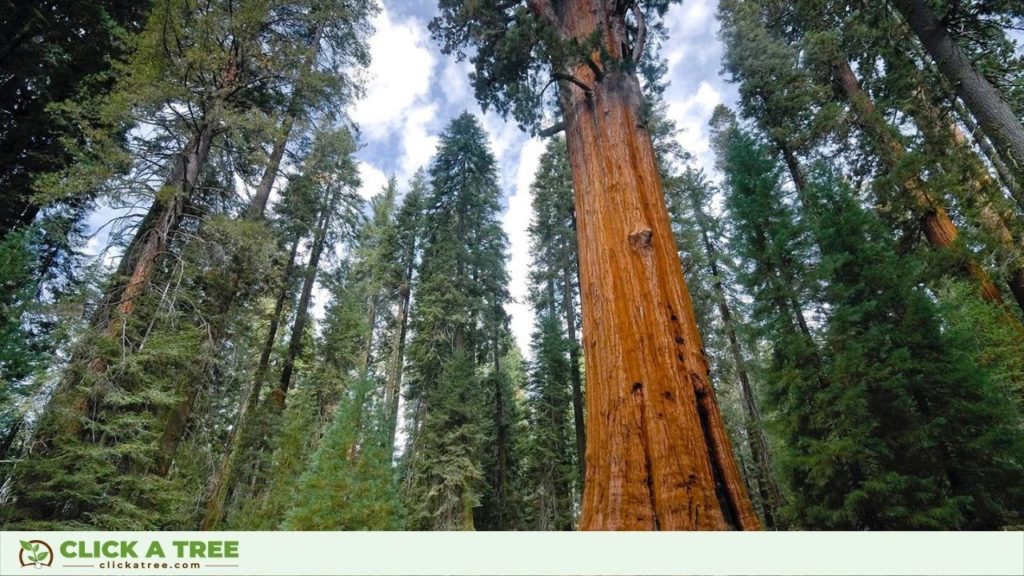 Just a few months ago, General Sherman and other Giant Sequoia trees had to be wrapped in fire-retardant foil to protect them from the vicious forest fires that have devastated large tracts of forest in California. 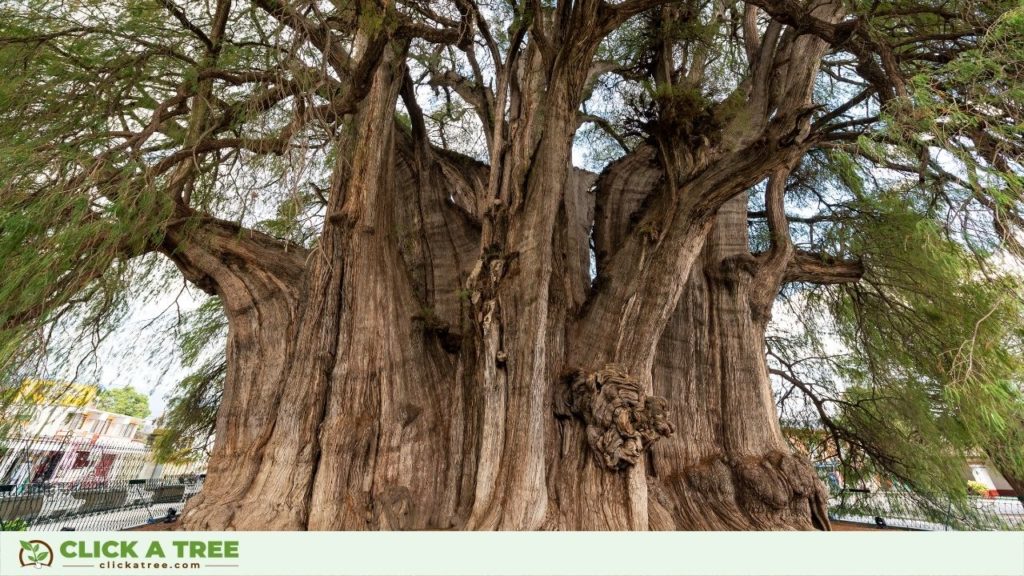 With a trunk circumference of 31.1 m, General Sherman does not cut a slim figure, but the Árbol del Tule in Oaxaca, Mexico is even more massive. With a circumference between 36.2 and 49 m, 60 people can put their arms around its trunk at the same time for the world’s biggest tree hug8!

El Tule is sacred to the Mexican Zapotec culture and is believed to be at least 1400 years old. Its nickname, the Tree of Life, comes from the fact that the natural whorls of its gnarled trunk form images of jaguars and elephants. 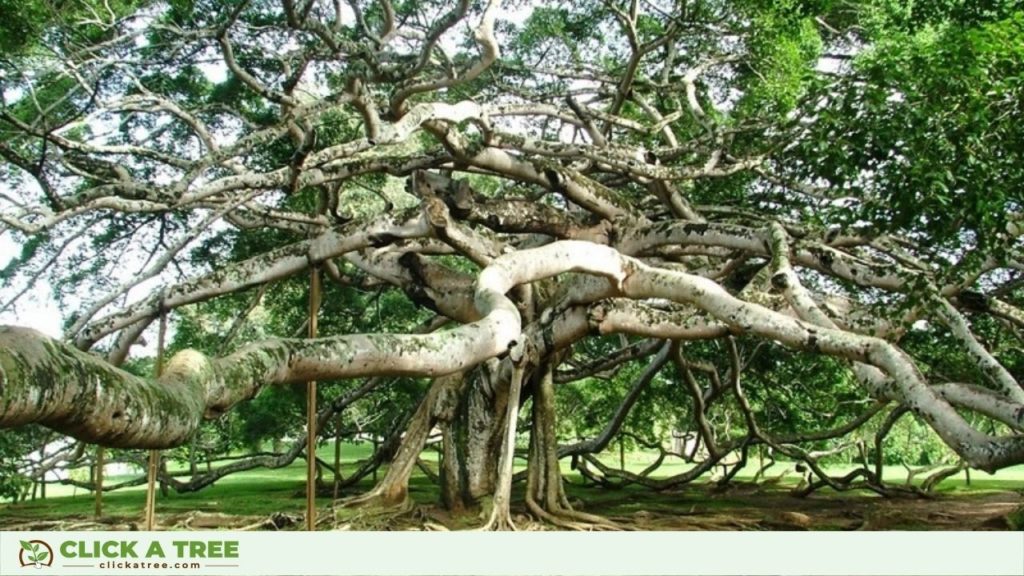 Thimmamma Marrimanu is an ancient Banyan tree located in the arid region of Andhra Pradesh in India. Thought to be at least 660 years old, Thimmamma Marrimanu has grown to a truly impressive size. Its canopy covers 8 acres9, more than six football fields put together.

Named after a Hindu legend, Thimmamma Marrimanu draws pilgrims from all over India. The tree that gives life to the driest part of the country has become a symbol of fertility and is said to bestow positive energy.

The rarest tree in the world

Three Kings Kaikomako: The rarest tree of all 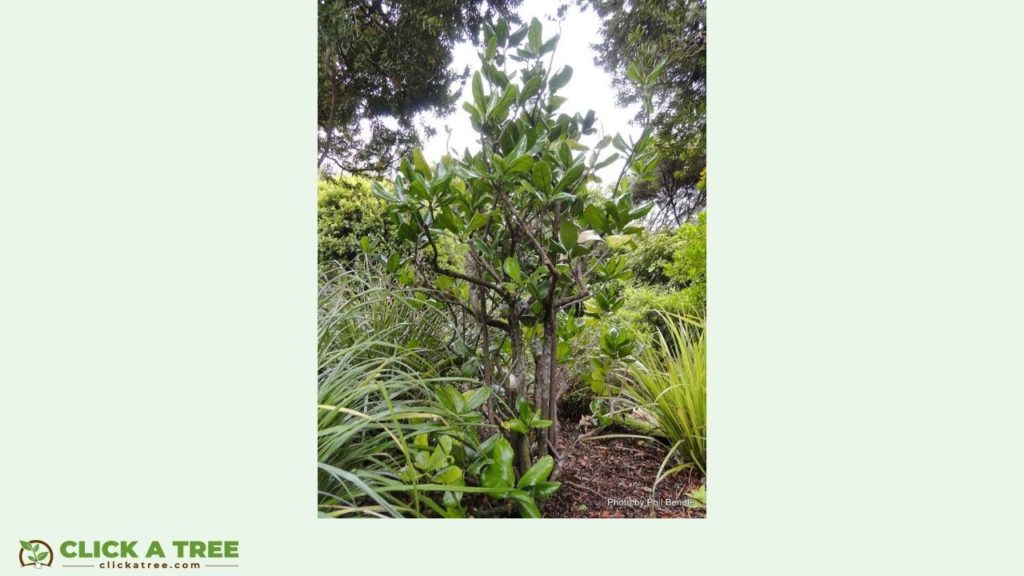 The Three Kings Kaikomako is the rarest tree in the world. Only a single specimen has ever been found in the wild, on Three Kings Island off New Zealand, from which it derives its name.

Luckily for the Kaikomako, it is a female. After decades, scientists have recently managed to find a way to pollinate the tree10. The growing seedlings may not yet be ready to be planted in the wild, but at least the Kaikomako is no longer the last of its kind.

Wood’s cycad: The loneliest tree in the world

Wood’s cycad was once one of the most common trees in the world. That was when the dinosaurs still walked the Earth, over 145 million years ago. Now the species has all but disappeared.

A single tree was found in South Africa in 1895, and then promptly lost. From this, one sample survived to grow in London’s Royal Botanic Gardens11. No others of its kind have ever been found. For this reason, Wood’s cycad could truly be the loneliest tree in the world. 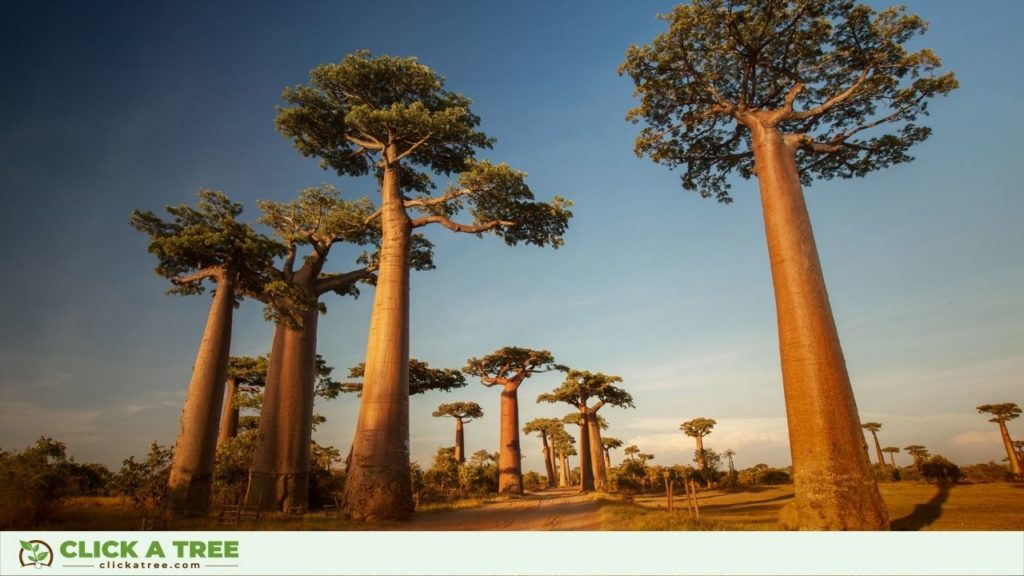 Baobab trees have all the makings of trees of legend: They are ancient, massive, and magical. Baobab trees grow in the driest of regions and support humans, animals, and plants.

Yet, the baobab could soon become one of the rarest trees, due to climate change and deforestation. Of 9 species of baobab, 3 are endangered and 3 near threatened12. In some cases, only a few individuals remain. For this reason, the baobab is one of the trees planted by our reforestation project in Ghana.

We hope you have enjoyed reading about these absolute legends of the fascinating world of trees. Do you have a favorite tree? Which impresses you most: The oldest or the largest tree? All of them? Yes, we think so too!

All trees are truly special because they make the world a better place. Want to plant more of them? We got you. Follow this link, click a couple of buttons and we’ll start working on planting those trees for you.